During MTV’s golden age of 1981 through 1986, an annual tradition was the low-budget, slapped together, in-studio Christmas video! Let’s take a look…

This was the first MTV Christmas video and arguably the best of the songs. The video itself could be replicated now with the phone in your pocket. It set the trend of featuring the MTV staff, most of whom look really high. I think there was a White Christmas in the MTV offices in 1981!

The video set a nice precedent for having A-list artists involved in these MTV-produced projects. Squire was huge at the time, a veritable one-man Led Zeppelin reborn. But that would end in just a couple of years, ironically when his “Rock Me Tonight “ video on MTV killed his rock credibility in less than 5 minutes.

This song is truly awful. It’s not only the worst Christmas song of the Modern Rock Era, but is in the running for the worst song EVER. I’ve tried to like it for years in the spirit of being such a fan of the genre. But, c’mon, this sucks. I am embedding the video below, but do yourself a favor and DON’T watch it.

Unfortunately this video has been pulled from YouTube. C’mon Lonesome George, really?

By ’84 the budgets were bigger and Pee-Wee Herman showed up. Somehow this give us Canadian Reggae. Yeah, mon, eh?

Sixties nostalgia reigned supreme in 1986, culminating this part of the Monkees’ comeback. The Monkees were one of the biggest bands of 1986 and capped the year with this video that officially reunited Mike Nesmith with the other boys. Spoiler! He’s in the Santa suit.

And there’s the circle of life for MTV: Nesmith, whose PopClips videos were an inspiration for MTV’s creation appears at the very end of the golden age of MTV via this Christmas video. Within a year, new owner Viacom would gut MTV and begin replacing music with reality shows and other nonsense. 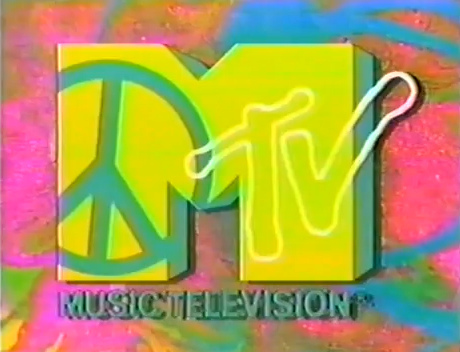 Who ruled the radio airwaves, record charts and most importantly, video music channel programming of 1986?  Genesis? Phil Collins? Bon Jovi? Madonna? How about The Monkees!

Somewhere between audio and video in 1986, there was a huge revival of The Monkees. The comeback was as planned, pre-packaged and targeted as the original Monkees show. And, our friends at MTV are to thank!

This wasn’t geared toward the Boomers who first made “The Pre-Fab Four” one of the top ten acts in the 1960’s. This was targeted at the Generation X’ers who grew up watching the Monkees as a syndicated show (always in the summertime here in Chicago!) in the 1970s and early 1980s. It was brilliant programming move. The kitsch of the Monkees, campy visual comedy, and most of all, pre-made music videos (typically 2 per 30 minute episode) were a perfect match for The MTV Generation.

It started with a series of Monkees Marathons in early 1986 on MTV. The show ran and ran and ran that spring.

I saw the commercial for Eric Lefcowitz’s Monkees Tale book so many times that I can recite the PO box number in my sleep 26 years later!

The popularity of these reruns of reruns resulted lots of records and tapes from Rhino’s catalog being sold. This lead to a new greatest hits release with a new song (“That Was Then, This Is Now”), a tour, and a Christmas video (of which is dreadfully hard to a good copy!). Those enterprises included a brief reunion with Mike Nesmith, The Monkee who didn’t really need the money. 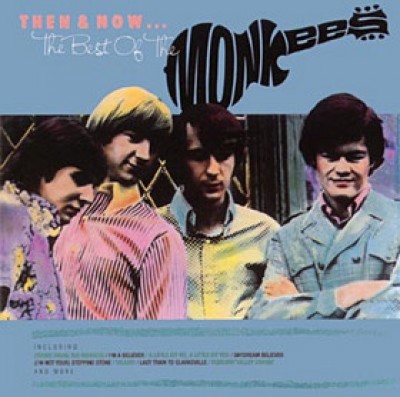 Late ‘86 brought a new album of all new material (“Pool It”) which lead to 2 decades of on again / off again reunions, recording and tours. These reunions and comeback seem to now be over with through 2012 and the passing of Davy Jones. Though his death itself lead to a jump in sales of a recent Greatest Hits album on iTunes and Amazon and a third generation of Monkeemania!