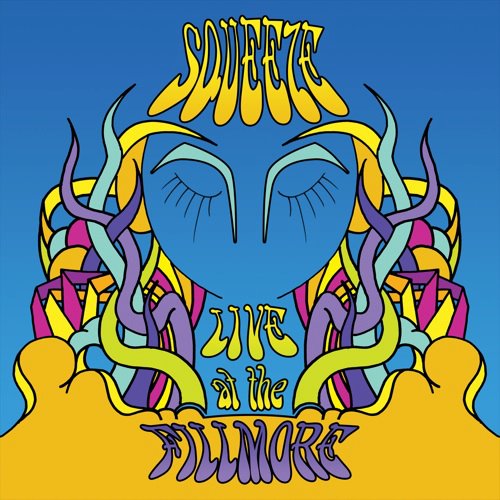 My favorite not-exactly-new record of the year so far is Squeeze: Live at The Fillmore. The band recorded this show earlier this year and it is much cooler than the typical great hits live record that so many bands put out. Some of Squeeze’s biggest songs go into extended jams and solos. Maybe it was the spirit of The Fillmore causing that.

Glenn Tilbrook’s voice is still so strong that it’s hard to believe it’s been 35 years since some of these tunes were first recorded. He and the whole band sound so good that it’s a shame they weren’t included in the Opening Ceremony at the Olympics this summer.

There’s not a lot of info out there about this record, other than the lineup listed on the band’s website and the venue made obvious by the title. You see, there’s no CD or liner notes to this record; it’s available only as an iTunes download ($10) or as a limited-edition vinyl LP via mail order ($25).

What a cool concept: one to the 80’s biggest international bands recorded at a 60’s iconic venue and distributed in a 2012 digital way or by mail in the favorite format of the 70s.

I was disappointed to not hear Gilson Lavis on drums. Apparently Gilson is currently playing with former Squeeze member turned big-time UK TV host Jools Holland and not a part of the current lineup. Gilson and his jazzy riffs are missed here!